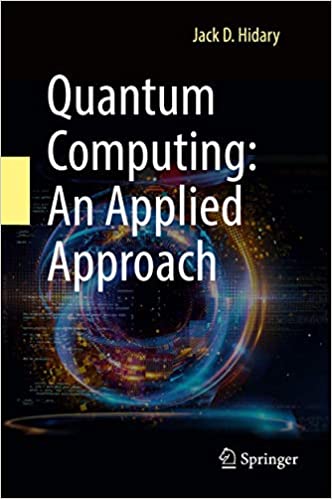 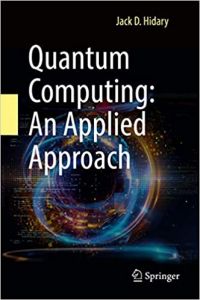 Reading ‘Quantum Computing: An Applied Approach’ was time and money well spent since it’s actually three books in one. As such, it is neatly organized in three major sections – (1) Foundations (2) Hardware and Applications (3) Toolkit, broadly reflecting – the three disciplines intersecting to construct quantum computing (QC) – physics, computer science and math.

Because of that triplet packaging the book accommodates a wide band of readers. The highly useful Navigating chapter lists five classes – University Instructors, Physicists, Software Programmers, Business Leaders, Independent Study – and recommends for each of those categories the optimal learning path across the extensive content.

So you may not want to read the book in the specific order it’s printed, and instead make your own way through content depending on your specific interests and background. However, everyone should read the first two chapters which nicely summarize the history of quantum computing, along with describing a device with the astonishing properties which are not possible in a classical machine. After that, it’s design your journey or simply follow the books order.

For example, I’m in the independent Study group, so found starting with the math the best move. Since QC is spoken in Linear Algebra, not understanding its basic principles means QC will soon become incomprehensible. Fortunately, Linear Algebra is relatively the easiest math to learn (compared to Analysis/Calculus) and the book does excellent job of aggregating the essentials you’ll need to know to become conversant in QC. The math section covers all the machinery needed to fluently participate in quantum computing and is both rigorous and readable.

At any rate, there’s a five minute self-test at beginning of the math section which will help you in deciding how much attention to spend in that section. If you’re in the Business Leader category, then you’ll want to begin here.

True to its name, the book’s focus is distinctly on applications. This is where it surpasses the many other books on QC because it has distinct advantage of being up to date, all the more useful in a dynamic field like QC.

Many books on QC were written prior to significant advances in the last three years, with several promising results in applying QC in commercial sectors from finance to pharmaceuticals. Indeed, it is precisely such progress which makes it possible to write a solid book with ‘applied’ in its title. And to maintain its freshness factor there’s a GitHub site populated with learning resources and technical updates.

Having the latest info is vital in a dynamic area like QC. With improvements occurring regularly.. there’s an advantage of a timely publication. For example, in October 2019 Google claimed its quantum computer demonstrated quantum supremacy, a long sought goal in the industry. Since the author works at Alphabet X, it’s not surprising there’s a chapter devoted to quantum supremacy, explaining what it takes to prove such a claim as opposed to merely asserting ‘quantum advantage’. Also described are several application areas where there’s active research in such programs.

Outside its obvious usefulness in a classroom, there are three discernable groups of readers who’d find this book worthwhile. First and foremost those with coding experience looking to become involved with QC. Next are those with a STEM background. Third, readers (like me) without STEM degrees, but with an understanding of modern science.

For sure, if you’re in the latter group, then this neatly organized book will bring you up to speed on this steadily emerging technology. Even if you don’t fully absorb the more technical sections, there’s plenty of clear material to make you both conversant in the subject and able to assess opportunities as the sector starts to enter the commercial mainstream.

STEM readers familiar with the physics and math parts, will still benefit from the extensive coverage applications receive, and certainly more current than earlier books.

The book is especially worthwhile for those with some technical exposure, like programmers – as there’s plenty of places to dive into code and interact on GitHub. It would also be a useful first book for those with some STEM training who’re looking to come up to speed on quantum computing.

If you’re motivated to learn then ‘Quantum Computing: An Applied Approach’ deserves your consideration. Especially if you have a STEM degree or even if you enjoy learning fascinating math/physics.

For the serious reader, the book would well serve as your first on QC. In addition, it also makes a decent handbook. As you learn more QC and become more adapt, it’s a good book to return to, serving as an all around handy reference, and refresher for core material.

Overall, the book does an excellent job of fully covering a challenging subject in a digestible way while maintaining the reader’s appetite. Depending on your STEM credentials, there may be some challenging topics, but in fairness, that is not unexpected for taking on such a difficult and demanding subject.

There’s sufficient material so no matter what the reader’s level, it will elevate your quantum computing knowledge. Enjoy the journey.[/vc_column_text][/vc_column][/vc_row]